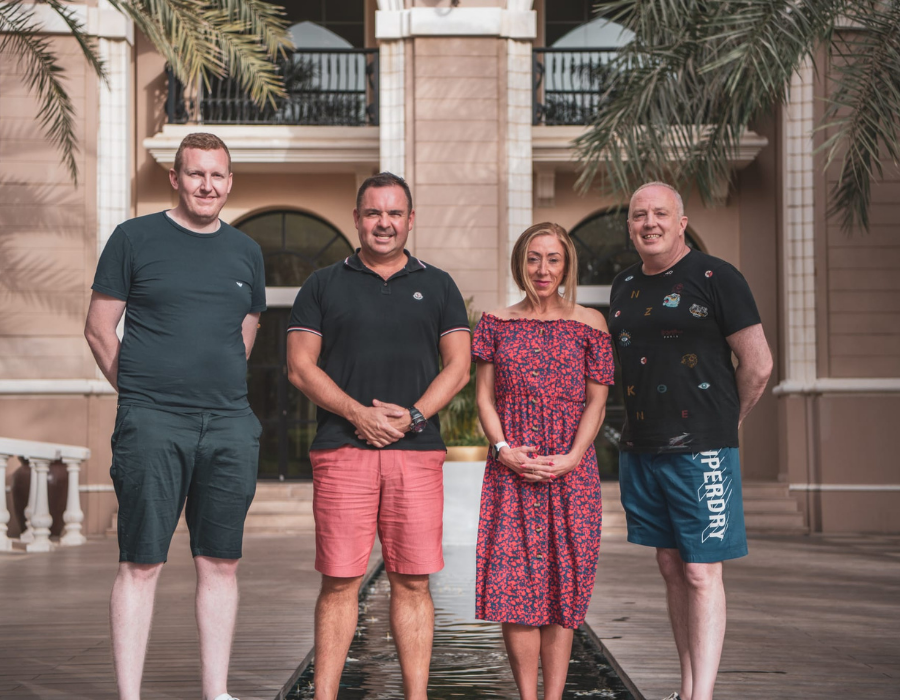 Two years ago today, during the first Covid lockdown, United Capital completed the acquisition of Saltire into their growing group of building and home services businesses. Saltire, which has continued to grow despite challenges posed by the Coronavirus pandemic, is today celebrating two years as part of the group, with company directors currently in Dubai for United Capital’s annual leadership conference.

Alan Murray is announced as the new Managing Director following the retirement of John Reynolds, and steps up from his current role as Installations Director, a role he has held for several years. In addition to Alan’s new position, Natalie Milne is confirmed as Service Delivery Director, and Scott McFarlane will become the new Finance Director, replacing David Weston following his retirement.

Speaking of the past two years, from Dubai, newly appointed Managing Director, Alan Murray commented; “It would be safe to say that the past two years have been a bit of a rollercoaster. We made the decision to join the United Capital group because we could see the significant value of being part of something bigger. It is great to be in Dubai on this occasion, for our annual conference, we will be celebrating this milestone with the team. I wish to thank my predecessor John for all that he has done for Saltire over the years, and look forward to getting starting in my new role, supported by Natalie and Scott, and the wider team.”

United Capital CEO Graeme Carling added; “It has been a whirlwind two years since United Capital acquired Saltire. I am proud to be able to promote from within to fill these senior positions following the retirement of John and David. It has been fantastic having the team together in Dubai for our conference, and be able to toast Alan, Natalie and Scott’s new positions. The team will have my full support, and that too of the United Capital board.”

United Capital continue to grow by acquisition, having set ambitious targets of reaching £500million in turnover by 2024.