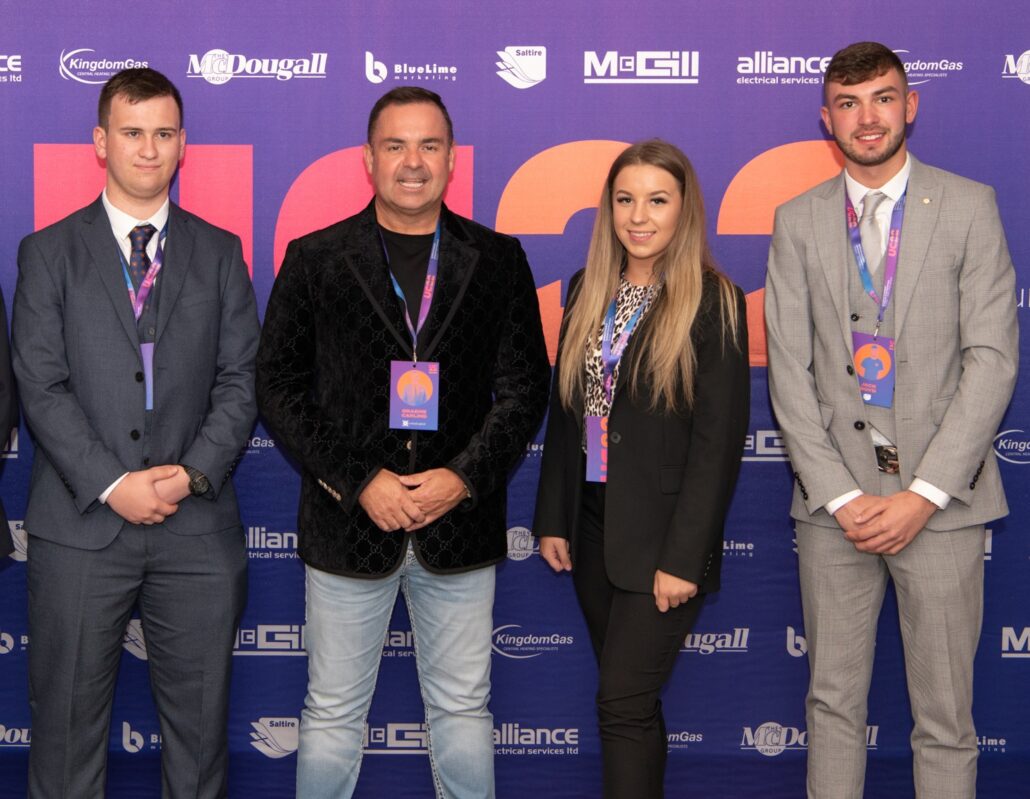 Our group conference, UC22, took place last week in Dubai, and one of the major goals of bringing everyone together in a completely different environment was to boost collaboration and supercharge relationships at every level of the business.

We firmly believe that environment is stronger than will, and the intention behind bringing some of the key people from United Capital to Dubai was to make the biggest plans and visions seem possible.

In the earliest planning stages, we decided it was important to take a number of young people from group companies Saltire Facilities Management and McGill to Dubai, to thank them for their hard work and get them on board with the massive growth plans we are developing. We took Ryan, Jack, and Nicola, three of our brightest shining stars, who are all well on their way to success, despite all being younger than 21. They were chosen by their peers and their leaders, and they all thoroughly deserved their place at the table. Our hope was that they would go back to their colleagues, and share with them what’s happening around the business.

What they did went far beyond that; during one of our breakout sessions, these young people made a commitment amongst themselves to set up a shadow apprentice board, which will meet regularly. The group will select a rotating leadership group which will feed back to the United Capital board what’s happening at apprentice level, what they need in terms of development, and what they’d like to see happen next across the group.

When we say that environment is stronger than will this is what we mean – by bringing young people together, who are completely inexperienced at this level of business, they were able to make the leap from just talking to doing – and at great scale.

They’re grabbing the future with their own hands, and if there’s one thing we wanted people to be inspired to do at our conference, that was it. What they’ll all gain from this group can’t be underestimated; they’ll be exposed to the highest levels of the business, find themselves in leadership positions, and be pressed to create business plans and deliver initiatives on time. These young people are not just the future of United Capital, they’re the future of our industry!

We’ve been back at our desks for just a few days, and plans are already in place, and dates are landing in diaries. The shadow apprentice board is set to become a real forum for growth and success, and we’ve no doubt that they’ll hold us to account, as they should! This younger generation at United Capital are gifted communicators and natural collaborators, and that makes the future of our group exciting – with this entrepreneurial spirit right at the heart of our company, we’re already streets ahead of the competition.

There is no ‘default setting’ when you’re constantly moving and impro...
Scroll to top